Cover Story:
In the New Medicines for Trypanosomatidic Infections (NMTRypI) project funded by the EU, we have discovered novel anti-leishmania and anti-trypanosoma hits that inhibit pteridine reductase 1 (PTR1). Here, we synthesized compounds with a flavanone scaffold and characterized their antiparasitic activity and ADME-tox properties. Crystal structure determination and computational docking explain differences in their inhibition of PTR1. Two crystal structures of one compound with different PTR1 enzymes provide a basis for further scaffold optimization to develop inhibitors targeting PTR1 enzymes from different parasites. Molecules 2017, 22(3), 426; doi: 10.3390/molecules22030426

Results in brief from Cordis citations http://cordis.europa.eu/project/rcn/109924_en.html.
A special citation of the EU Commission for the results achieved within the project New Medicine for Trypanosomatidic infections. Grant Number: 603240.

Invitation by the EU Commission: The EU Commission Invited the Coordinators of the FP7 projects to present the project results at the following meeting: Satellite Symposium on Neglected Infectious Diseases during the ECTMIH 2017. The session will most probably take place on the 19th October in Antwerp.

The dissemination of infectious diseases due to microorganisms belonging to the Trypanosomatidae family - i.e. trypanosomiasis that causes sleeping sickness, leishmaniasis and Chagas disease - is a very important issue in some areas of the World, including Africa, South America and India, where these parasites are endemic.

Research on Trypanosomatidic diseases is limited and fragmented and national initiatives are generally weak or lacking critical mass. Problems associated with existing drugs include inefficient delivery, insufficient efficacy, excessive toxicity and increasing resistance. New drugs are urgently needed now and in the near future.

The New Medicines for Trypanosomatidic Infections - NMTrypI project aims at obtaining new candidate drugs against Trypanosomatidic infections with appropriate efficiency from the lead phase to the final preclinical phase that are more accessible to patients.

NMTrypI Consortium uses a highly interdisciplinary approach to optimize pteridine, thiadiazole/benzothhiazole and miltefosine derivatives, as well as natural products against Trypanosomatids. It is new composed by 12 partners: SMEs (3) and academics (9) in Europe and in disease-endemic countries (Italy, Greece, Portugal, Sudan and Brazil). (Former is was composed by 13 partners: IE left in June 2016) The research team is coordinated by Maria Paola Costi, professor of Medicinal Chemistry at the University of Modena and Reggio Emilia (UNIMORE).

NMTrypI is a EU-funded three year research project with a total budget of €7,6 million. 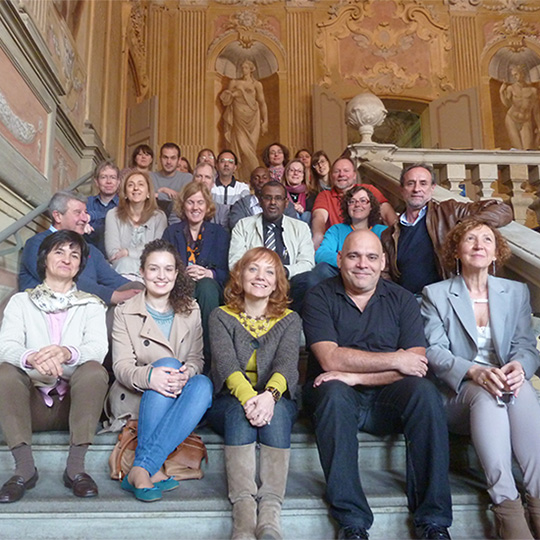